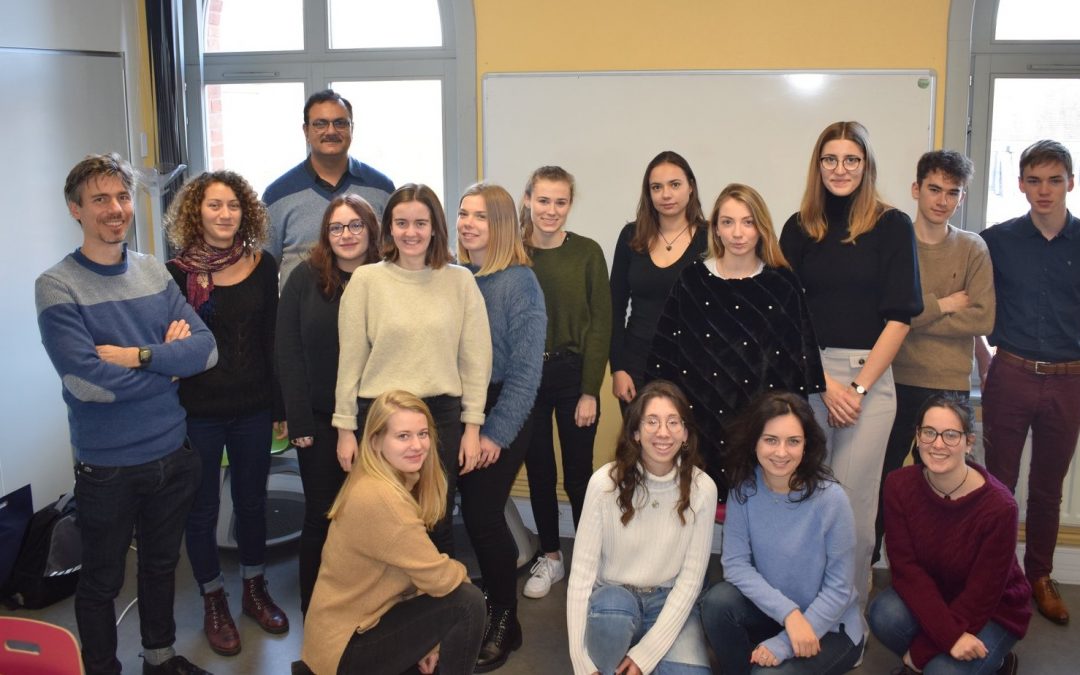 Today at ESTICE, we want to raise the voice of the farmers in the North of France but also in India. We want to educate the students about the soil preservation but we also want to be the link betweend farmers and the young generation.

The Eco-Friendly Student Club is organising cofnerences about a better sustainable food but also welcome international project such as the Mitti Bole Project, represented by Naresh, the Director of Earthworm India. Mitti Bole Project is a program to revitalise India’s degenerated soils.

They are mainly working on trees and focus on the Supply Chain, especially with Maison du Monde.

In India, there are 350 million hectares of soils but 52% became problematic for several reasons. The 3 reasons why this project was put in place are the following ones :

1947 was the year when India became an independent country. In the 1960’s, farmers weren’t using pesticides and they could grow food and feed the populations. But in the end of the 1960’s, the populations increased a lot and it wasn’t suﬃcient to provide food for everyone. Farmers started to think about the fact that using pesticides wasn’t good for the soils after theGreen Revolution in the 1970’s.

Moreover, there are places where there are no trees which means there are no birds either. Birds have a major role which is to eat pesticides and insects that are bad for the productions, so without them it gets complicated to produce well and safely.

We need to bring them back into the fields.

How does Earthworm act?

Some farmers are okay with changing the way they produce (for example if they know someone who has a lung cancer they will be aware that pesticides are dangerous and will be more likely to change) but for others, it can be complicated (for example a family of 10 people need to grow enough food to feed everyone and pesticides can seem to be the best option for them).

First, they go see framers and run a diagnostic of their water and land (to see if it’s polluted or not).

Then, they give them the opportunity to work diﬀerently by showing the other ways (without using pesticides).

In northern India, there are more than 2500 farmers and they have to feed their families. Earthworm is helping them by giving additional ressources which will make them have a more important income.

Also, there are GMO seeds created in labs that are given to farmers for the to see the diﬀerence between those and the seeds they produce with.

They give free samples to farmers to plant trees and during 3 years, they check if the tree grows well on the farmer’s soil. But after 3 years, only about 20% of the trees are still alive.

There is also competition on the market between farmers. It’s easier to produce using pesticides, less tiring and it’s an unfair competition. Farmers who don’t use pesticide work a lot to provide good quality food and sometimes it’s not enough to overcome this competition.

-More than 65% of the total of pesticide used is used to cotton.

-India has a problem with recycled paper to pack the furnitures as they import about 65% of the paper for their packagings.

-As the soils become weaker, what they produce (vegetables, fruits) have less nutriments and this could become a real problem for our health because we need those nutriments.